Interview with CEO of Algernon Pharmaceuticals

Interview with CEO of Algernon Pharmaceuticals 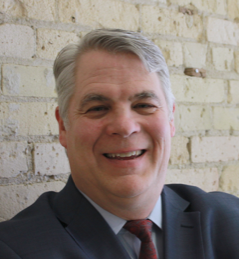 Today we have the CEO of Algernon Pharmaceuticals (CSE: AGN) (OTCQB: AGNPF) Mr. Christopher Moreau sitting down with us for an exclusive interview regarding the company’s operations surrounding Covid-19.

The Algernon story started with our CSO Dr. Mark Williams who developed a business model that can take a generic drug with a proven safety history and cost effectively re-purpose it for a new disease. The twist was to find a drug that had never been approved in either the US or Europe, investigate, re-formulate and then seek approval for a new disease indication. That goes along way to help eliminate future generic competitors.

Mark and I met 12 years ago at a Canadian biotech incubator and became friends. We bumped into each other recently by accident and while re-connecting over coffee, he told me about his idea for drug re-purposing but he needed funding for his research. I was consulting for a private company in Vancouver that had funds and was looking for new ideas and so I brought them together and here we are.

We had been investigating NP-120 (Ifenprodil) for a serious disease of the lung called idiopathic pulmonary fibrosis (IPF) and chronic cough and were planning a phase 2 clinical trial based on solid animal data of Ifenprodil’s efficacy.

A recently published animal study on mice infected with Avian H5N1 really got our attention. An independent group investigating Ifenprodil discovered that it significantly reduced acute lung injury (ALI) and improved survivability with H5N1 infected mice by 40%. Avian H5N1 is the most lethal form of influenza known with an over 50% mortality rate.

Our view is that if we see this level of response in an animal study of the most lethal flu virus known, we would expect to see a similar response in people who have COVID-19. This H5N1 study was a game changer for us.

What’s most intriguing is how this research team came to investigate Ifenprodil. They took human lung cells in an in vitro experiment and conducted an RNAi interference assay randomly knocking out some 19,000 genes. Then they exposed the cells to H5N1 and after the experiment ended, they harvested the cells that survived. They then looked at the genes in the surviving cells and identified which genes were affected.  Then they screened thousands of compounds from the drug bank database to see which of those drugs effected the same genes that helped protect the lung cells against H5N1 and Ifenprodil was one of the key drugs.

Then they conducted the H5N1 animal study with Ifenprodil and the results were significant.

The Company has reached out to a number of potential sources regarding access to grants that are being made available that could help fund our research against COVID-19.

We don’t have any updates for investors on our efforts to seek grant funding at this time.

Toxicity testing will begin at a certain point in time as the active pharmaceutical ingredient (API) is being synthesized. We have a plan in this regard that we have shared with the U.S. FDA in our recent pre-IND application, and we expect to have feedback from them regarding these plans.

The next step would likely be working with the FDA and the NIH to identify investigators (physicians) who want to help us conduct the study. The goal would be to quickly get a consensus on the study protocol and then to start the trial as soon as possible.

We have no evidence that Ifenprodil can prevent the infection of lung cells via the ACE 2 receptor. However, the drug appears to reduce the inflammatory response once a cell is infected.

We have looked into the requirements for a Health Canada approval process for an investigational drug but from our current understanding, there doesn’t appear to be an expedited pathway for a trial approval. We are seeking additional information.

As disclosed in a recent news release we are working to support a planned investigator-led phase 2 clinical trial for COVID-19 in South Korea and have retained Novotech, a leading Asia-Pacific CRO to conduct a feasibility study for us in Australia as well.

Algernon is a data and science driven company and we remain committed to continuing to advance our lead compounds into clinical trials and if successful, regulatory approval on a global basis.

Thank you very much Mr. Moreau for taking the time to answer not only our questions but questions of investors as well and we look forward to further developments in the near term.

Forward Looking Statements: This article may contain "forward-looking information" (as defined in applicable Canadian securities legislation) that is based on expectations, estimates and projections as of the date of the content is published on this website. Wherever possible, words such as "anticipate", "believe", "expects", "intend" and similar expressions have been used to identify these forward- looking statements. Information in this article has been furnished for your information only, is accurate at the time of posting, and may be superseded by more current information. Except as required by law, we do not undertake any obligation to update the information, whether as a result of new information, future events or otherwise. This article should not be considered as personal financial advice. Full Disclosure: The parent company of Equity Insight has received compensation from a third-party, Frontier Flex for distribution of Algernon Pharmaceuticals. Directors of the parent company of Equity Insight may buy, hold or sell the securities before during or after this publication.