Is Medexus A Buy?

Is Medexus A Buy?

Medexus Pharmaceuticals (TSX: MDP) (OTCQX: MEDXF) is a North American pharmaceutical company focused on delivering innovative treatment solutions for rare-diseases mainly in areas of hematology, rheumatology, auto-immune diseases and allergies. The company has several leading products that are attributed to the growth in sales over the years.

In late June, MDP announced impressive fiscal and quarterly results of USD $20 Million for the 3-month period, an increase of 15% over the same period a year prior, and a total of $USD 76.7 million for its full Fiscal 2022, with 68% of MDP’s revenue coming from the United States. In its more recent financial filings, which were reported in early August, MDP reported record revenue for its Q1, bringing in more than USD $23 Million, a jump of 33% from the same period a year earlier.

Ken d’Entremont, the CEO of MDP stated “We are proud to announce the strongest fiscal Q1 in our company’s history driven by a strong base business and complemented by initial revenues generated through our license agreement for Gleolan in the U.S. We anticipate completing our transition to full commercial responsibility for Gleolan within the current quarter and will begin to report Gleolan net sales in our revenues starting at that time. So far Gleolan sales have performed to our expectations, and we are excited about Gleolan’s contribution to growing our revenues over the coming quarters.” 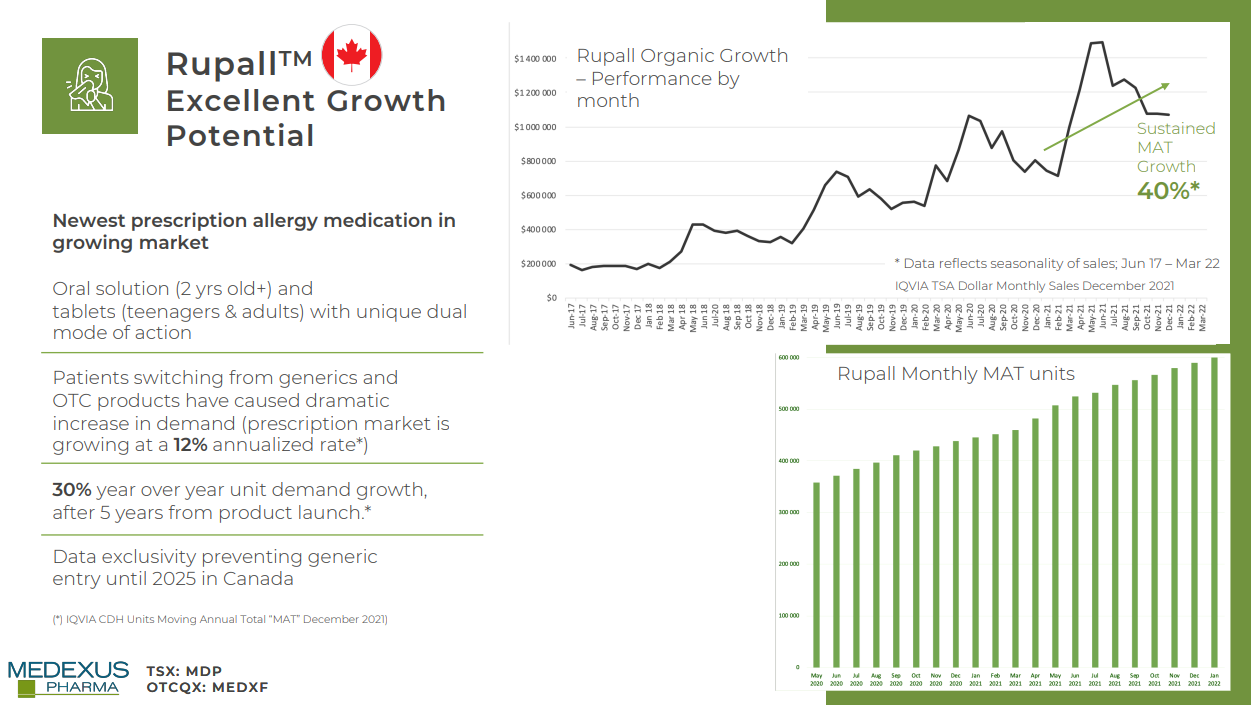 Medexus also has 2 buy recommendations from two analysts with an average price target of $5.50 per share, which represents potential upside of 292.85% to an analysts target from Research Capital, and the highest price target comes in at $11.00.

In August, MDP’s share price began its decline from $3.00 with the biggest drop of 50% occurring when the company announced that its treosulfan’s FDA new drug application (NDA) had been returned to the company’s partner medac due to incomplete submission. This hurt the company tremendously, dropping the stock to sub $1.00, a dip that did not last very long. Despite its recent drop in stock price, Medexus still drives in a hefty amount of revenue through its product pipeline and is expected to further grow revenues, as September was the full month that MDP began collecting 100% of net sales from its recently acquired Gleolan. 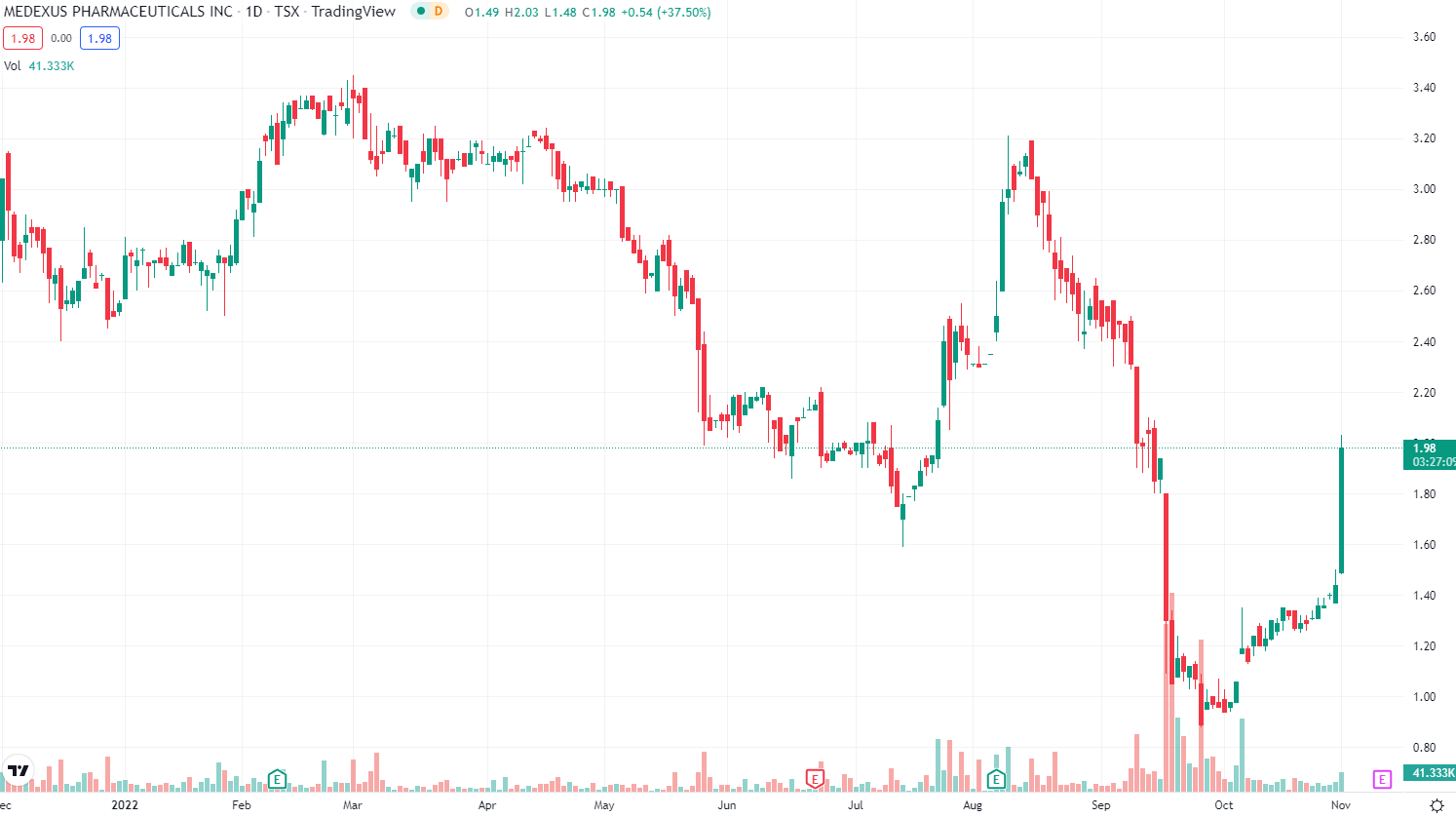 Medexus will be announcing its second quarter financials in the coming weeks, and we believe its one pharmaceutical company investors might want to put on their watchlist as their upcoming earnings could see a bump in revenue and potential having a great positive affect on its share price. MDP’s market cap currently sits at a mere CAD $27 Million, which MDP estimates to generate approximately USD $27- $27.5 Million or CAD $36 Million this upcoming quarter.

Forward Looking Statements: This article may contain "forward-looking information" (as defined in applicable Canadian securities legislation) that is based on expectations, estimates and projections as of the date of the content is published on this website. Wherever possible, words such as "anticipate", "believe", "expects", "intend" and similar expressions have been used to identify these forward- looking statements. Information in this article has been furnished for your information only, is accurate at the time of posting, and may be superseded by more current information. Except as required by law, we do not undertake any obligation to update the information, whether as a result of new information, future events or otherwise. This article should not be considered as personal financial advice. Full Disclosure: None of the companies mentioned in the article are clients of the parent company of EquityInsight.ca Directors of the parent company of EquityInsight.ca may buy, hold or sell the securities before during or after this publication.